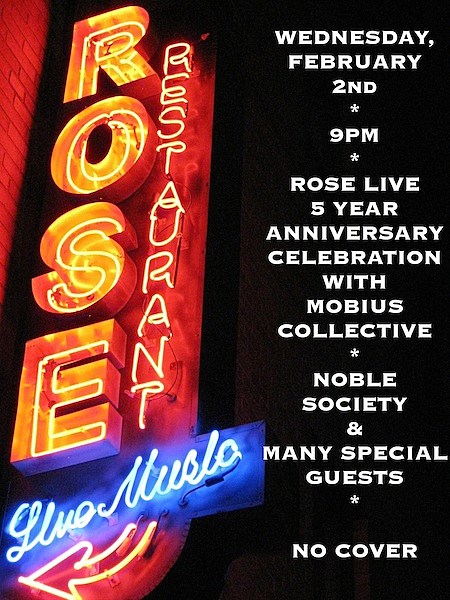 A jewel of a venue tucked into one of the less-trendy corners of Williamsburg, close by the Brooklyn-Queens Expressway, Rose Live Music celebrates its fifth anniversary this week -- and also its last. The intimate bar and restaurant, located at 345 Grand Street, is set to close at the end of February.

After hundreds of performances of jazz, classical, funk, African, Brazilian and Cuban music, the club is for sale. Its owners are ready to move on to other adventures.

"What do you want to do in this lifetime with the time you have?" asked Carlo Vutera, a Sicilian opera singer who opened the space in 2006 with his sister, Gina Vutera. They named it Rose, after their mother.
[Wall Street Journal]

Say goodbye to Rose Live Music during their final month which includes a Charlie Hunter residency and much more. A couple of flyers below... 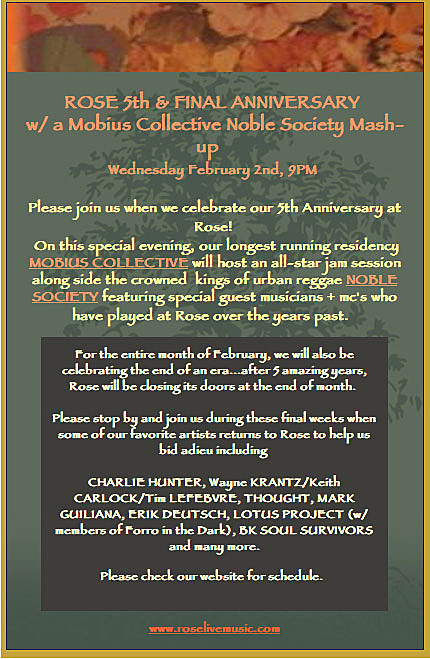 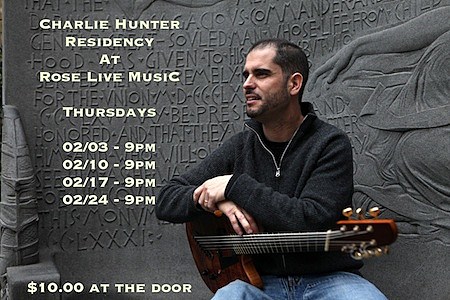