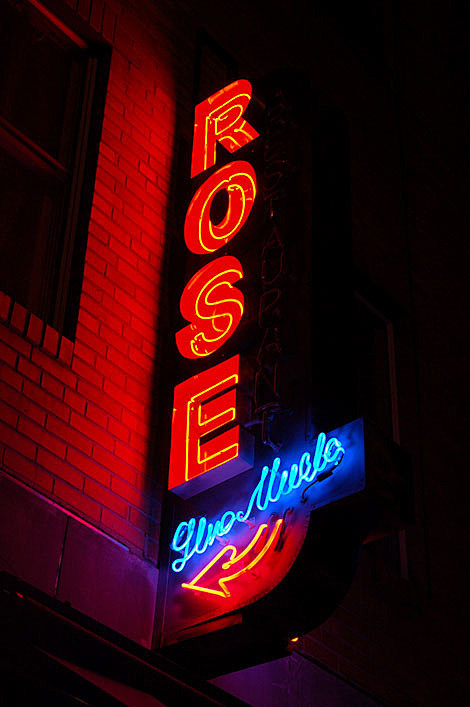 Rose Live Music, the dance club/venue behind that glowing sign on Williamsburg's Grand Street, has been running a Tuesday night series of drummer-led bands for a couple weeks now. Past editions have included music from jazz/metal drummer Mike Pride's From Bacteria to Boys and frenetic Latin drummer Dafnis Prieto.

Tonight (3/2) eclectic drummer/composer Bobby Previte plays two sets: one with Sex Mob saxist Briggan Krauss and another with guitarist Mike Gamble and bassist Ari Folman-Cohen (who will play as Previte's Coalition of the Willing Trio). Bobby Previte has other gigs coming up (hear a podcast with Bobby here). On the horizon, he's working on a project called Terminals in collaboration with So Percussion and an impressive list of soloists, which is planned for 2011.

TERMINALS is an evening-length work of nine concertos for improviser and percussion ensemble, featuring the SO Percussion group. Each piece will feature a different improviser in a setting composed specifically for them. The soloists include John Medeski, Greg Osby, Elliott Sharp. DJ Olive, Elizabeth Brown, Zeena Parkins, and Bobby Previte.

The full schedule (which extends to Wednesdays for a few weeks in March) and videos (including one from Charlie Hunter's residency at the club earlier this year) are below... 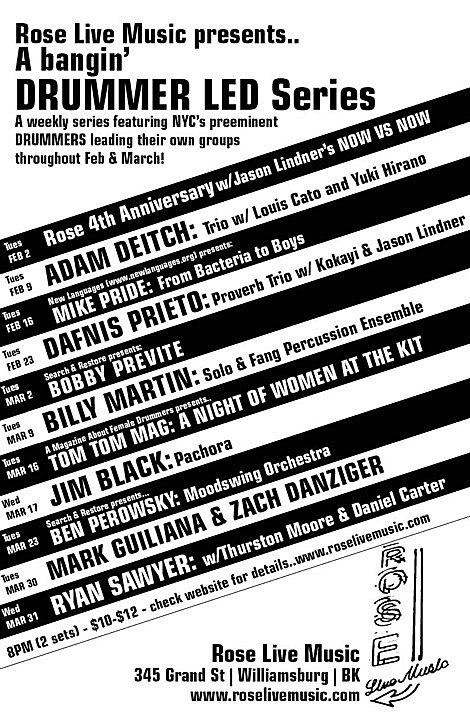 Tue 3/16 - A Magazine About Female Drummers Presents: TOM TOM MAG: A NIGHT OF WOMEN AT THE KIT