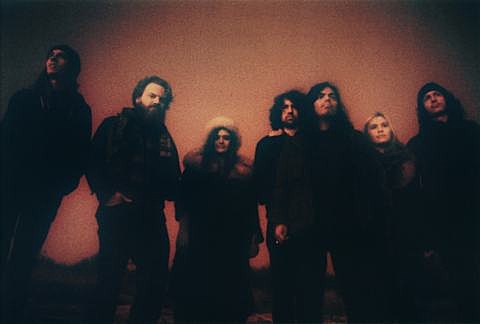 Seattle psychedelic septet Rose Windows, who we've written about before, have signed with Sub Pop who will release their debut, The Sun Dogs, on June 25. We've got the premiere of the album's first single, "Native Dreams," and you can can stream it below or download for the price of your email address.

The band will be touring around their appearance at SXSW -- no dates in NYC unfortunately -- but do try and catch them amongst the mayhem in Austin that starts in less than two weeks. All tour dates are listed below.