photo: Rosetta at Saint Vitus in 2013 (more by Vladislav Grach) 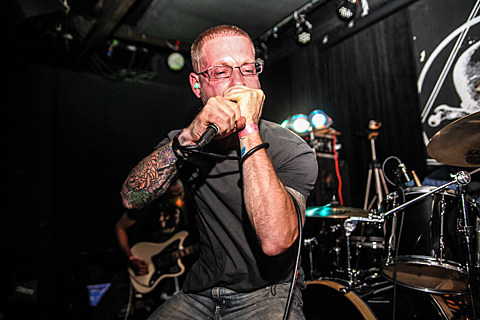 As previously mentioned, spacey post-hardcore band Shiner are playing two BrooklynVegan-presented shows at Brooklyn club Saint Vitus on January 15 and 16. Since we last spoke, openers have been added.

Night 1 gets atmospheric metal band Rosetta, who released the great album Quintessential Ephemera in 2015. Also on that bill is sludge-gazers Spotlights, the project of Mario and Sarah Quintero of Sleep Lady (Mario is also a solo artist as Codas). They recently released the Demonstration EP on Crowquil Records, which you can stream below. Night 1 tickets are still available.

Night 2 gets Driftoff, the new-ish post-hardcore band with members of Junius, Rosetta, and City of Ships; and States & Kingdoms, which includes members of Small Brown Bike, Thursday, Rival Schools, and Burn. Before the Shiner show, States & Kingdoms play Matchless on Jan 9. Night 2 tickets are still available too.

Check out the flyer and listen to all the bands below... 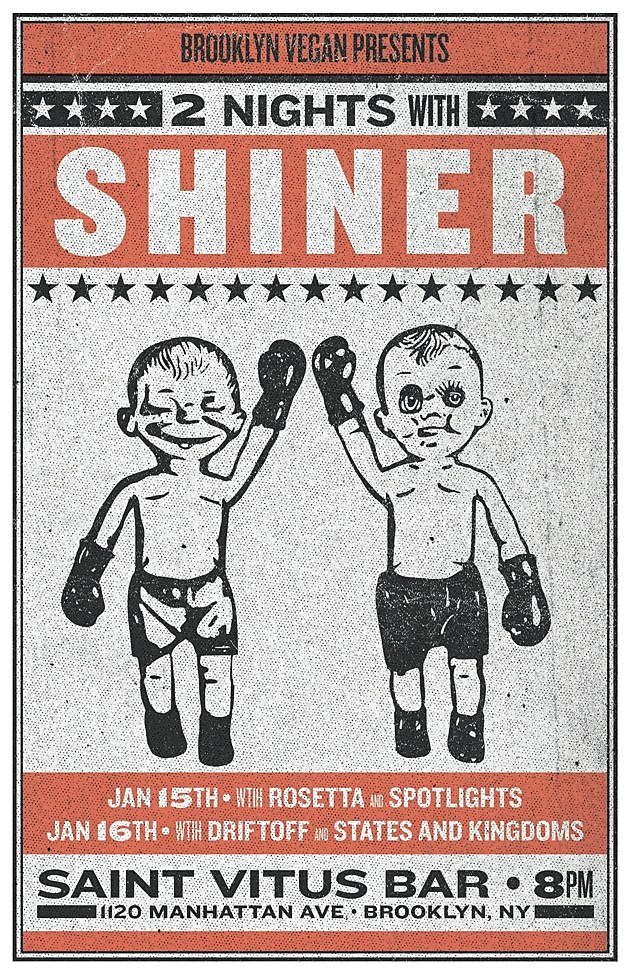