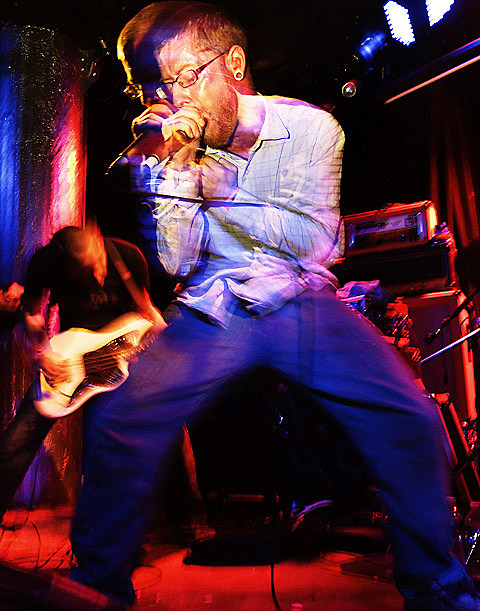 Philiadelphia astro-metallers Rosetta create another georgeous and sprawling epic on their upcoming split with fellow delay-pedal fans Junius. The new release, due 9/27 on Translation Loss Records, features a song from each band, including a melancholic new Rosetta burner "TM-3" which makes its debut here. Stream it below.

Rosetta have confirmed their involvement in the Metal Suckfest at Gramercy Theater on 11/5 (aka the second day of the festival), and with Cynic, The Red Chord and Obscura. Though the lineup has yet to be fully announced by day, that may mean that Municipal Waste, Today Is The Day, and Magrudergrind are all on board for the first day (11/4). Ticketing info is still on the way.

Rosetta also have a Philly show coming up. Dates and the "TM-3" stream below...