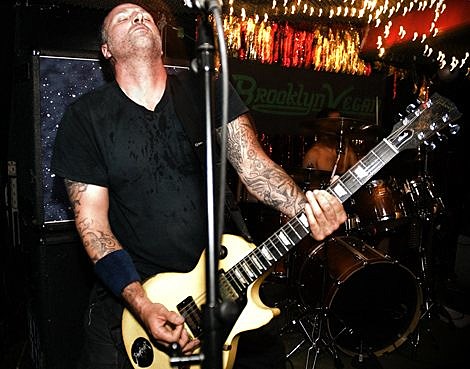 As previously discussed, Tombs will do battle with Rosetta, Irepress, and Junius at the Studio @ Webster Hall today (Saturday, 12/12, tix here), but that isn't the only show scheduled for the Brooklyn killers/year-end list toppers.

BrooklynVegan is proud to present Tombs with Rosetta, City of Ships, and Battlefields at Union Pool on January 22nd in association with our friends at 1000 Knives. Flyer for that show is below.

In other Rosetta news, the band recently dropped a three way split with Year of No Light and East Of The Wall on Translation Loss. Pick that up here. The East of The Wall lineup on the split differs slightly from the lineup today:

EAST OF THE WALL is excited to announce its new lineup. Joining the band are guitarist Chris Alfano and drummer Seth Rheam. Both played in the band Biclops with EAST OF THE WALL bassist Brett Bamberger and guitarist Kevin Conway. Due to the merging of the two bands' lineups, all music created by the aforementioned collective, along with guitarist Matt Lupo, will be released under the name EAST OF THE WALL. This will include the release of the groups next record, Ressentiment, due out next summer through Translation Loss Records.

With this lineup change, EAST OF THE WALL has parted ways with original drummer Mike Somers. The band would like to thank Mike for his outstanding musicianship and hard work since the inception of the band.

More on the band merger here.

Rosetta/Battlefields/City of Ships & East of The Wall dates, along with the Tombs flyer, below... 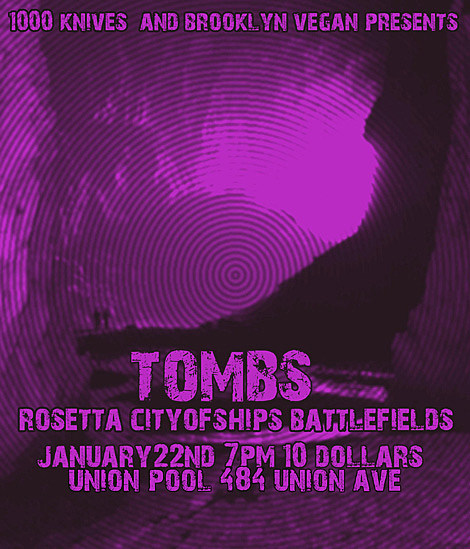