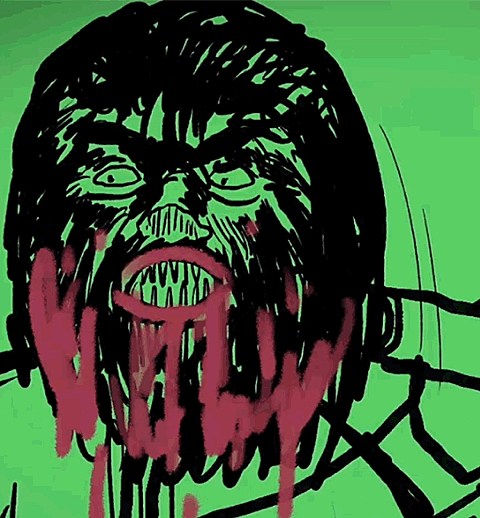 Rough Francis, the band led by the three sons of Bobby Hackney of legendary protopunk band Death (who members of Rough Francis now also play in), put out their debut album last year, and now they're following it with new single "MSP2" on Riot House Records (pre-order physical or digital). We've got the premiere of the song's video (dir. Devin Ensz), which you can watch below.

Rough Francis are also going on a tour this spring which culminates in NYC on May 9 at Grand Victory with GÖZER. Tickets for that show are on sale now. All dates are listed below.

Death are also releasing their first new album since the '70s this April on Drag City.