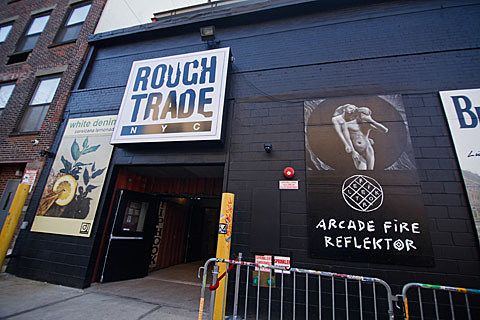 Though it looked like the new Rough Trade NYC, which put its shows "on hold for a while," would be back this January, it's unfortunately not ready yet, and almost all January shows have been moved.

Against Me!, The Sidekicks and The Shondes, who would have played this Thursday (1/9), now play at the larger Music Hall of Williamsburg, which also means the previously sold-out show is back on sale.

Connan Mockasin (1/10) was moved to Glasslands, and ARP is opening (sold out). He also plays Mercury Lounge with Mood Rings a day earlier (tickets).

Saintseneca (1/18) was a free in-store performance and will happen as planned.

It's now looking like things will be back for The Ghost of a Sabre Tooth Tiger's show (1/29) (tickets).