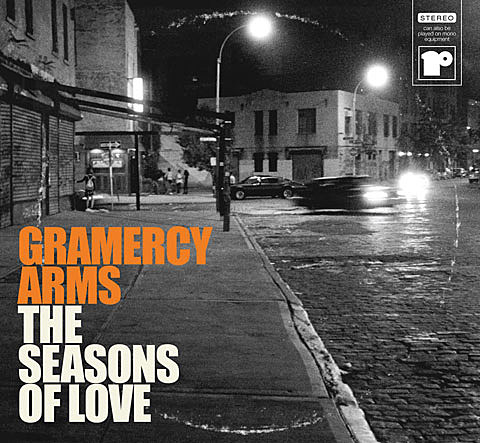 The Guardian reports that Rough Trade will open a new shop in Nottingham, the "independent music chain will establish its fourth store, following last autumn's opening in New York."

Gramercy Arms, who we first mentioned in 2008 (the same year they last released anything and when we caught them at Bowery Ballroom with Nada Surf and Delta Spirit), "is a revolving New York based collective of musicians and artists, masterminded by main songwriter/producer Dave Derby (Dambuilders/Lloyd Cole) along with Rainy Orteca, Sean Eden and Kevin March. The group is releasing its second full-length record, The Seasons of Love, on Reveal Records on July 21st."

The Rough Trade show is their record release show and will feature: Kevin March (drums), Sean Eden (guitar), Rainy Orteca (bass), Carl Baggaley (keyboards), Claudia Chopek (violin), and Kendall Meade and Renee LoBue guesting on backing vocals. They have no other scheduled dates at the moment. You can watch their new video for "Always in Love", below...