Lucero at Brooklyn Bowl in 2011 (more by Andrew St. Clair) 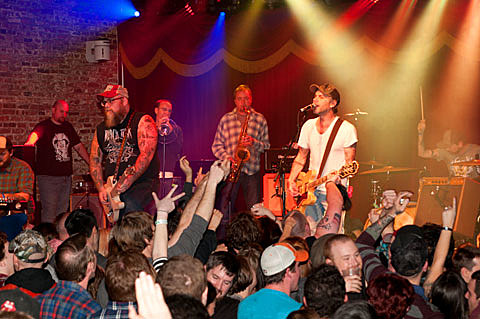 Earlier this month, we posted a pretty eccentric year-end list from Todd Beene of Lucero and we've since received an even more eccentric list from the band's drummer Roy Berry. He called it his "top whatever list for two thousand twelve." It doesn't have one album on it and some of the items couldn't be farther from "music-related." But I don't wanna say any more about it because you should just check it out for yourself. The whole thing is below.

As mentioned several times (like in our recently posted New Year's Eve guide), Lucero are going on a short four-night tour to ring in the new year, three dates of which happen in the NYC area. First, they'll play Brooklyn Bowl on December 28 with Nude Beach and December 29 with Hollis Brown. Tickets for night 1, night 2, or both are still available. Then after that, they'll play New Year's Eve at Wellmont Theatre in Montclair, NJ with The Hold Steady. Tickets for that show are still available.

Roy Berry: "and this is my top whatever list for two thousand twelve": 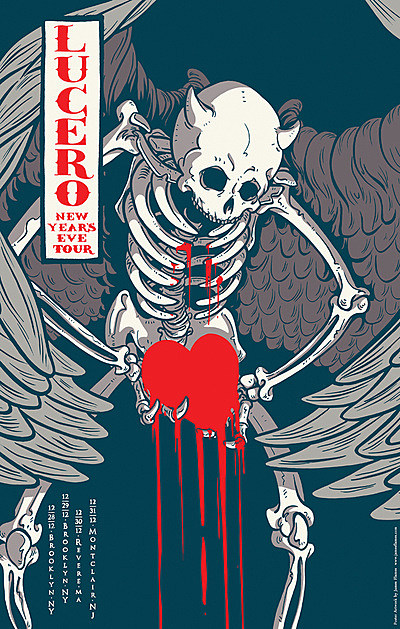