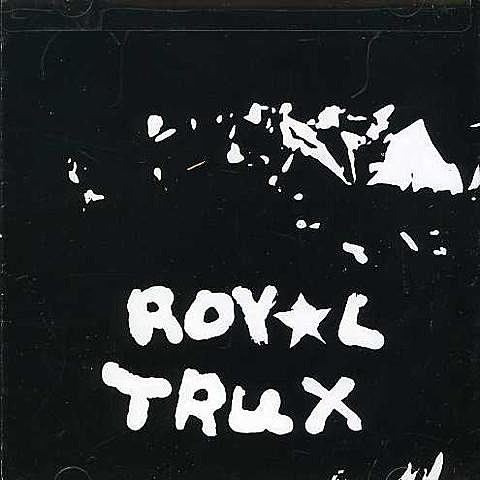 Do you ever hear your influence on new bands? Do you often hear something and say, "Oh!"

Yeah, I have. And people from other bands have told me that. But I think it's more signifiers than people being able to get the sounds that we got. Because nobody has my voice, nobody can play the guitar like Neil, nobody can write songs like we can. But I think a lot of signifiers have been utilized in the spirit of Royal Trux, for sure. A lot of bands have been really vocal about us influencing them, and then there's been a lot of people who don't talk about it because...they don't like giving props, or whatever. (laughs)

Do you listen to a lot of new rock bands?

I've definitely heard some cool stuff. I like the new Blues Control album that came out. I think we played with them once. I don't remember what they were all about live, but I liked the record. We played a show with friends of ours, Wild Yaks. I like their show, but I never heard any of their recorded stuff.

That's Jennifer Herrema of '90s indie rockers Royal Trux, reminscing about her old band's 1998 album Accelerate that was just reissued by Drag City. The record got the "Best New Reissue" tag from Pitchfork and can be picked up in basically any non-cassette format of your choice.

Meanwhile, if this can be believed, Royal Trux will perform their 1992 album, Twin Infinitives, in full at Saint Vitus on December 8 with openers Pigeons. It's their only live date currently and, of course, the real question is, is this an actual Royal Trux reunion with Herrema and Neil Hagerty or just one of them. Hagerty has been making music under The Howling Hex moniker; Herrema carried on as RTX but now fronts Black Bananas. One thing we do know for sure: tickets are on sale.

In other news, Black Bananas have a new video for "It's Cool," the lead track from their album, Rad Times Xpress IV, which came out early this year. Watch it below.