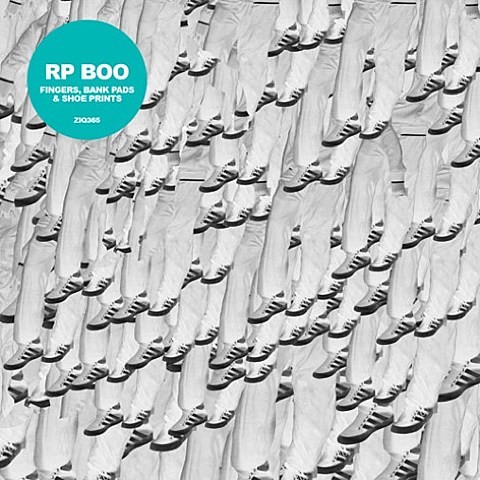 At times, Fingers recalls RP Boo's early productions--such as those from his recent Classics reissue on Planet Mu--which foreshadowed many of the stylized syncopations to come, but didn't quite break from the party-ready rhythms of '90s ghetto house. Tracks like "Bang'n On King Dr." and "Heat From Us" have elements of high drama, but they're also easy to grab on to and ride; four-to-the-floor rhythms and spastic samples lock effortlessly into place after a couple laps around the track. "Daddy's Home" is a classic RP Boo outing, with vintage action movie samples blaring under thick soul singing that cuts abruptly in and out of the mix. On the other hand, "Let's Dance Again" is built on buoyant vocal harmonies that bring out Boo's soft and sensitive side. It goes to show that progress often requires a look back at the past, and proves that--although he's been in the game since literally inventing footwork nearly two decades ago--RP Boo is continuing to develop as an artist. [Resident Advisor]

Footwork OG RP Boo returned this year with a new album Fingers, Bank Pads & Shoe Prints on Planet Mu (that's a quote from Resident Advisor's review of the album above), and he'll be supporting it on tour soon. The tour begins in Denmark on Thursday (9/17) and then immediately crosses the Atlantic for a NYC show on Friday (9/18) at Verboten with Kahn & Neek, Hi5Ghost, Boofy, Star Eyes, Doctor Jeep and Tripletrain. Tickets for Verboten are on sale now.

Check out the tour flyer with RP Boo's full list of dates, and streams of a few tracks off the new album, below... 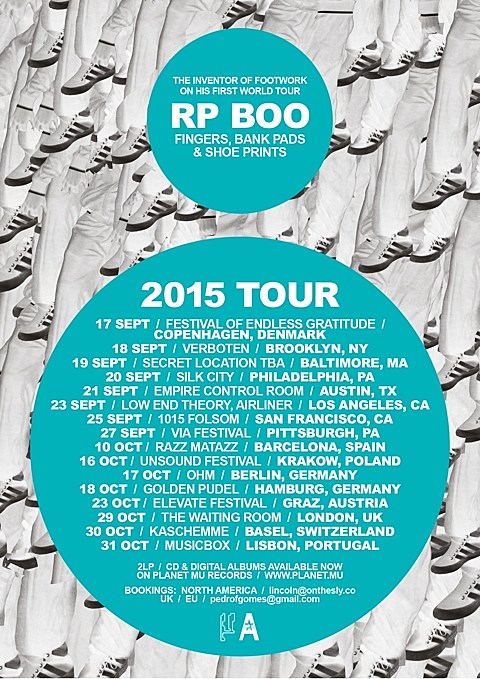