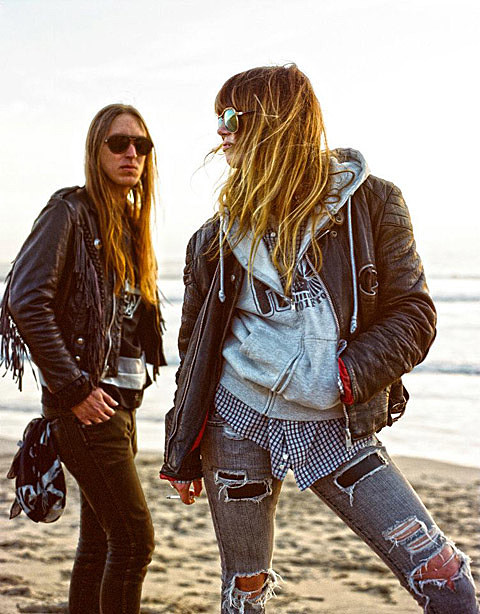 Jennifer Herrema soldiered on with RTX following the demise of Royal Trux on 2001. Now RTX has evolved into Black Bananas, who are welcoming their debut LP Rad Times Xpress IV via Drag City on 1/31. Art below.

Here's how Black Bananas was described in a recent press release:

"Black Bananas is set for the next all-inclusive rock and roll crusade, the one that includes even and especially all the shit you don't like, woven into all the shit you can't live without. This has been the name of Jennifer's game from day one; she owns the blueprints and if you don't know by now, don't even bother to Google it, cuz understanding is an investment not an action. Jennifer Herrema is not schizophrenic nor does she don many hats. She is simply a singer and simultaneously, a pioneer of comprehensive non-exclusive opposition rock, and Black Bananas is the latest addition to the oeuvre."

Why do I have a headache all of a sudden? Check out "Rad Times" from the LP above and a video album teaser below.

Black Bananas will celebrate Rad Times Express IV with an LA release party, followed by a string of dates supporting Sleigh Bells. Those dates include the now-sold-out Terminal 5 on February 17th. Full tour schedule, the album art and that album teaser below. 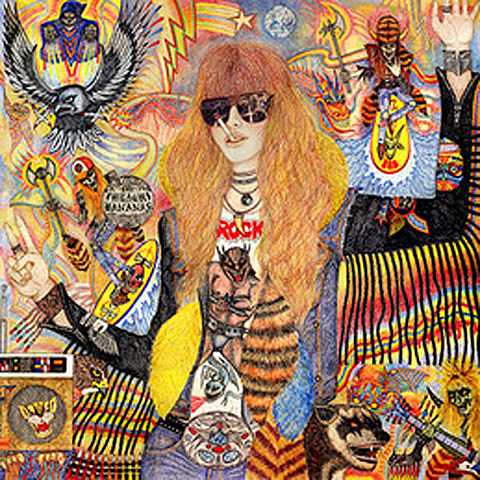