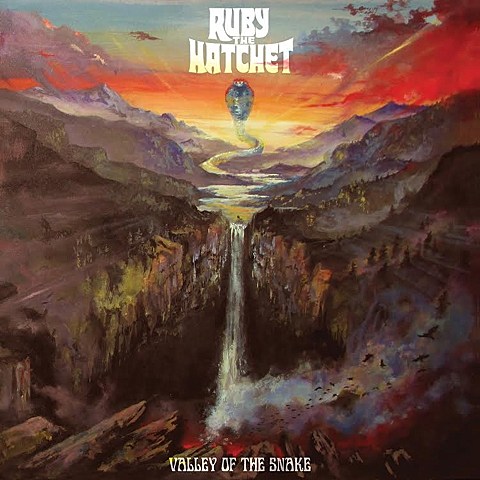 If you like heavy music and go to shows in the Northeast a lot, there's a pretty good chance you've seen Philly stoner rockers Ruby the Hatchet. In the past year, they've visited NYC to open for Floor, Witch, Danava, and more. And if you like those bands, Ruby the Hatchet will probably be up your alley too. New single "Heavy Blanket" (which also happens to be the name of Witch drummer J Mascis's other band) from their upcoming album, Valley of the Snake, is chock full of retro riffage suggesting a lifelong obsession with Cream, Zeppelin and Sabbath. And singer Jillian Taylor​ has the powerful, howling vocals you need to really deliver on this kind of stuff. The song premieres in this post, and you can check it out below.

They've got an Asbury Park show on Saturday (2/21) and will play SXSW in March. No other dates announced at the moment.

Valley of the Snake is out February 24 via Tee Pee Records (pre-order).