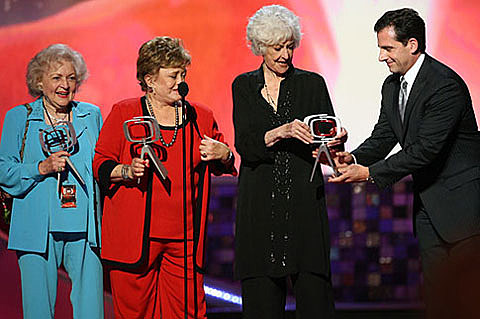 "Actress [and animal rights activist] Rue McClanahan died this morning, reportedly of a stroke, at age 76. McClanahan had a wide and varied career on stage, in film and on television, but she's most widely remembered for playing the vivacious and bodaciously lusty senior Blanche Devereaux in the sitcom The Golden Girls. With just the right blend of sass, sashay and Southern charm, McClanahan made Blanche into an icon of sexuality at a certain age, and endeared fans with her character's unashamed enjoyment of life and its, ahem, pleasures.