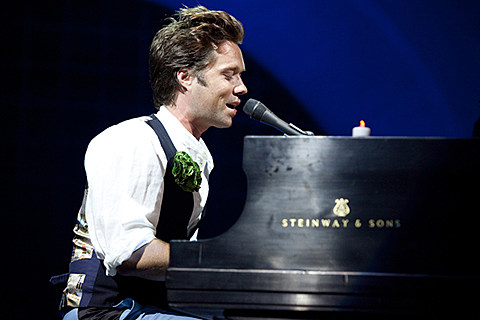 Despite the addition of Rufus Wainwright to the bill, and stellar past shows, tickets are amazingly still on sale for Doveman's show at LPR tonight (5/26). The Goastt, aka Sean Lennon and Charlotte Kemp Muhl, were recently added to the show too. There's always surprise guests (like Justin Bond) and an all-star backing band too.

Rufus was also just added to another show too, one that also still has tickets on sale, and one that now boasts an extremely impressive lineup of gay icons. Rufus Wainwright, Justin Bond AND Liza Minelli (!) were all added as special guests to the Sandra Bernhard show happening June 8 at Town Hall. The date will be the world premiere of Sandra's new show "I LOVE BEING ME, DON'T YOU?" The poster confirming this info is below.

Speaking of Rufus (and Justin) at Town Hall, he and Martha just played the venue two nights in a row in honor of their mother with Justin Bond, Norah Jones, Antony Hegarty, Emmylou Harris, Teddy Thompson, Jimmy Fallon, and others. Rolling Stone was there the first night:

Although the three-hour concert was billed as "A Celebration of Kate McGarrigle," the prevailing mood was naturally somber. McGarrigle wrote and sang heartrendingly personal songs throughout most of her life; hearing them now that she's gone was emotional, to say the least. Performers and audience members alike could be seen tearing up during highlights like "I Eat Dinner (When The Hunger's Gone)" (a sweet duet between Harris and Thompson), "Go Leave" (a deeply felt rendition by Hegarty), "(Talk to Me Of) Mendocino" (sung by both Wainwright siblings with Jones), "Tell My Sister" (a wonderfully torchy performance by Martha Wainwright) and most of all "Proserpina" - the last song Kate McGarrigle wrote before her death, a sad, lovely, honest tune that brought nearly everyone back on stage to close the night's first set.

Rufus has his own show coming up, a free one where he'll be performing excerpts of his opera, in NYC in June. All tour dates below... 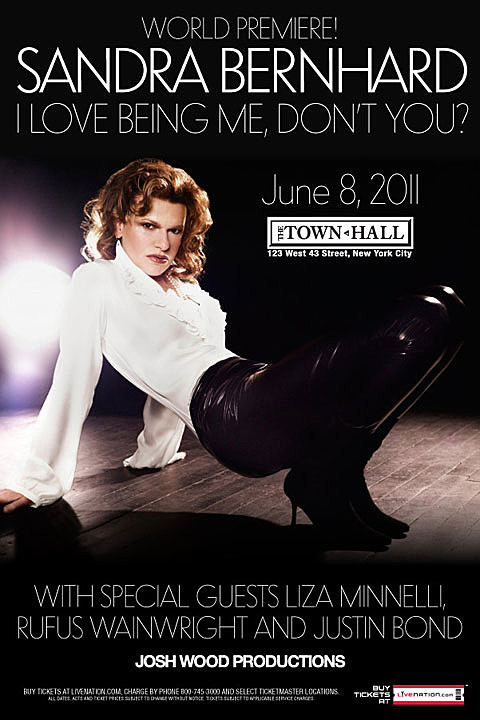