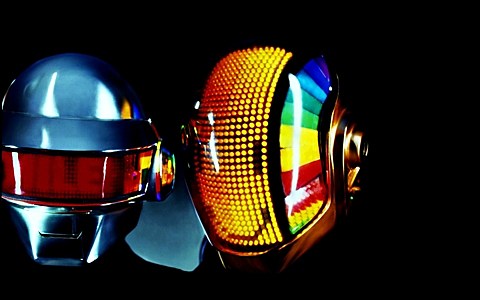 Daft Punk are making a comeback this year with Random Access Memories (due out 5/21 via Columbia imprint Daft Life Limited), their first album since 2005's Human After All. They haven't revealed any full tracks from it yet, but from those two 15 second clips, we basically already know that we love it. Unfortunately, we New Yorkers never get a chance to see them. All they seem to do these days is pop up at Phoenix shows (but not last Friday's show), and then that secret show at 285 Kent turned out to be an April Fool's joke. Who knew?!

Luckily, we will get a chance to see the eight piece Daft Punk Tribute Band, imported from Toronto, who play NYC on July 3 at Highline Ballroom. What's more, we even know what time they go on (10 PM). Reportledly, these guys "have been melting faces and liquifying dancefloors with sold out shows at the most prestigious clubs and concert halls across Canada" since 2009. We can't wait to get our faces melted, Canadian style, in NYC. Tickets for that show are on sale now.

Like Giorgio Moroder just did, Todd Edwards also discussed the new album in a video interview, which you can watch, along with a live video and check out the full rumored collaborators list, below.