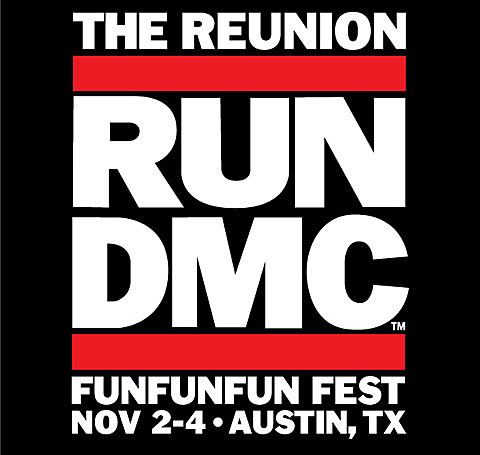 One of the greatest hip hop crews of all time will reunite to play Fun Fun Fun Fest (Nov 2 - 4) in Austin, Texas! Darryl McDaniels (more commonly known as DMC) and Joseph Simmons (Run or Reverend Run) will reunite Run DMC to play the Austin Festival. The show will be their first in ten+ years, since the tragic passing of the great Jam Master Jay.

The festival goes down on November 2nd-4th in Austin, TX and features previously announced names like Atlas Sound, Baroness, Black Moth Super Rainbow, Starfucker, Rakim, Lagwagon, The Head and The Heart, Danny Brown, David Cross, Bob Mould, Tomahawk, Against Me!, and many that will be announced with the full lineup on Thursday (7/12), the same day weekend 3-day passes go on sale. A few PIP Passes are still available now. A portion of the proceeds from the ticket goes towards Jam Master Jay's JMJ Foundation for Music "which is dedicated to providing access to the arts, regardless of socio-economic status, for children and young adults."

Some classic Run DMC tracks are below.