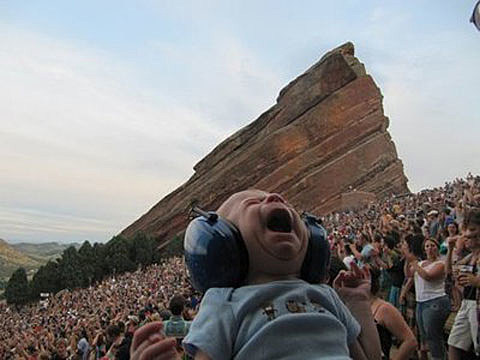 Like Chicago and Atlantic City, NYC & Washington will get iterations of the traveling festival with the extremely scary name (and headliner)...

"Dave Matthews Band Caravan" will come to New York City's Governors Island on August 26, 27 and 28 and The Gorge Amphitheatre in George, WA on September 2, 3 and 4. The events will feature a diverse lineup of musical talent performing on multiple stages during the day and a full set by headliners Dave Matthews Band each night. See below for ticket information.

In addition to Dave Matthews Band, the lineup for the Governors Island event will include Dispatch, The Roots, Gogol Bordello, Trombone Shorty & Orleans Avenue, Josh Ritter & the Royal City Band, Robert Randolph and the Family Band, Béla Fleck and the Flecktones, The Head and the Heart, Vieux Farka Touré, David Wax Museum and many more to be announced soon...."

At least the Flaming Lips, who play the NJ version of the fest, aren't on that lineup, because that gives hope that they'll announce their own real NYC show. "An online presale for the Governors Island event for members of the DMB Warehouse Fan Association will begin on Monday, April 25, at 10:00 AM ET at http://www.warehouse.davematthewsband.com/."

This is the second big Governors Island Fest to be announced this year. The other is the dance-oriented Governors Ball (Punk Island also returns this year).

--
the rest of the press release:

The Gorge dates will mark Dave Matthews Band's only West Coast performances of 2011. The group has a long history at the venue, having headlined 37 shows at The Gorge since 1997. In addition to Dave Matthews Band, the lineup for The Gorge event will include Dispatch, The Roots, John Butler Trio, Gogol Bordello, Edward Sharpe and the Magnetic Zeros, Josh Ritter & the Royal City Band, Blind Pilot, The Belle Brigade, The Moondoggies, Lindsay Fuller and many more to be announced.The Gorge Amphitheatre's breathtaking location offers sweeping views of the Columbia River and the Columbia Gorge canyon. It is easily accessible from such nearby metropolitan areas as Seattle, Spokane, Portland and Vancouver.An online presale for the Gorge event for members of the DMB Warehouse Fan Association will begin on Thursday, April 28, at 10:00 AM PT at http://www.warehouse.davematthewsband.com/. Citi® cardmembers will have access to presale tickets beginning Monday, May 2, at 10:00 AM PT through Citi's Private Pass® Program. For complete presale details visit www.citiprivatepass.com

Dave Matthews Band - comprising Carter Beauford (drums), Stefan Lessard (bass), Dave Matthews (vocals, guitar) and Boyd Tinsley (violin) - is taking the year off from touring, so the Caravans will be its only performances of 2011. The group was the biggest ticket seller worldwide of the past decade. Dave Matthews Band has sold over 17 million tickets since its inception, playing to over a million people in 2010 alone. Its latest studio album,Big Whiskey and the GrooGrux King(RCA), debuted atNo. 1 on The Billboard 200 in June of 2009, making Dave Matthews Band one of only two groups in chart history to have five consecutive studio albums enter atop the chart. The record, which paid tribute to founding member/saxophonist LeRoi Moore, who passed away in August of 2008, was subsequently certified Platinum and nominated for a GRAMMY® for "Album of the Year." The band has sold a collective 37 million CDs and DVDs combined.

"Dave Matthews Band Caravan" will kick off the summer at Bader Field in Atlantic City, NJ on June 24, 25and 26. The second event - scheduled for July 8, 9 and 10 - will be held at Lakeside, located on the south shore of Lake Michigan, just a short distance from downtown Chicago, IL. Tickets for these two events are available now at www.DMBCaravan.com or by phone at 1-800-594-TIXX. More "Caravan" news will be announced soon.