RTJ at Outside Lands 2014 (more by Samantha Saturday) 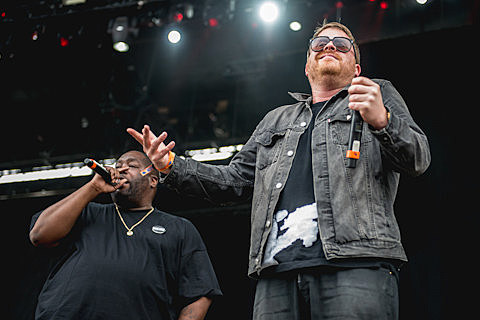 Run The Jewels (aka Killer Mike and El-P) have been talking about their second album for a while now, and it's now been officially announced that it's called RTJ2 and will be out October 28 via Mass Appeal. As previously mentioned, the album features Rage Against the Machine singer Zack de la Rocha and blink-182 drummer Travis Barker. The first single, "Blockbuster Night Part 1," is out now and can be streamed below...