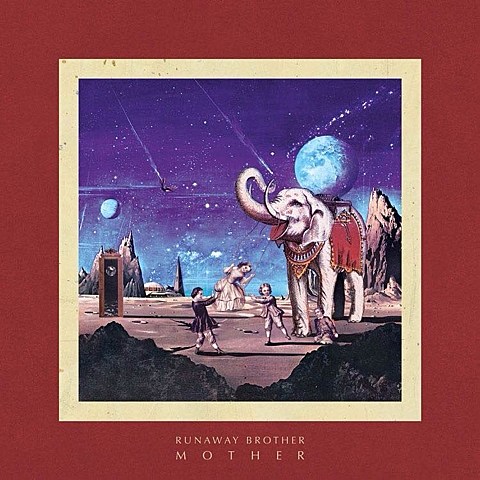 Cleveland's Runaway Brother are one of the bands we highlighted in our Fest preview, and we mentioned in that preview that their debut LP would be coming out in 2015 via Tiny Engines (Beach Slang, Cayetana, The Hotelier). The album's now been officially announced. It's called Mother and the label plans to have it out in late winter/early spring. That's the artwork above and the tracklist is below. It includes the song "Faking It" which you can preview singer Jacob Lee playing acoustic in a video below.

The new album follows 2012's Bedhead EP and this year's Summer/Autumn 7". Here's what we said about those:

The first thing that may stick out about Cleveland's Runaway Brother is the singer's sorta jarring voice, but [it soon] becomes clear that they've got a real knack for songcraft and his weird voice is actually pretty cool. They're kinda folky in the way that Arcade Fire and Modest Mouse used to be kinda folky, some of Piebald and Say Anything's oddball pop punk is in there, and yes they're a little emo but not in the melodramatic 2000s way or even the '90s revival way.

If that EP and 7" are anything to go by, this is an album worth looking out for. Watch the acoustic video and stream the EP/7" below...