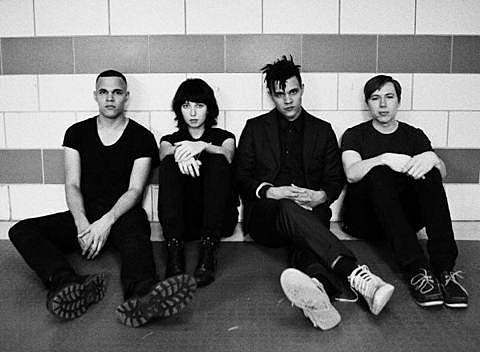 As mentioned, Brooklyn synthpop act Selebrities have a new album, Lovely Things, out June 25 on the Cascine label. You may have already heard first single "Temporary Touch" and we've got the premiere of a remix of that track by their labelmates Rush Midnight (aka former Twin Shadow bassist Russ Manning). As you might expect from a bassist, Russ replaces the more driving line of the original with a fatter, funkier one, emphasizing groove over atmosphere. You can stream it below.

Both Selebrities and Rush Midnight will play tonight (6/13) at Cameo in NYC as part of the Cascine / Newtown Radio Northside Festival showcase. It's one of the more sonically cohesive nights of the fest, with every band mining some facet of early '80s electropop, including the romo-leaning Ice Choir, and the UK's Chad Valley. Tickets are still available or you can try to get in with your Northside Badge. Flyer for the show is below.

Also playing are Los Angeles duo Kisses, whose new album, Kids in L.A., was apparently based on Bret Easton Ellis' Regan-era classic, Less Than Zero, and is quite good. Carrying on with that vibe -- and pretty much nailing it -- is the video for their song "Huddle" that is only missing an Andrew McCarthy cameo. You can watch it below too.

If you can't make it tonight, Kisses will be back next month at Mercury Lounge. Stream, video and Northside showcase flyer below... 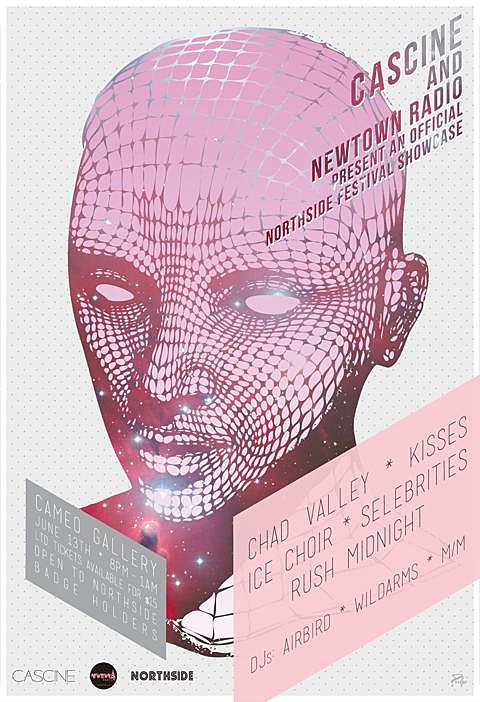