photo: Rush at MSG in June (more by P Squared) 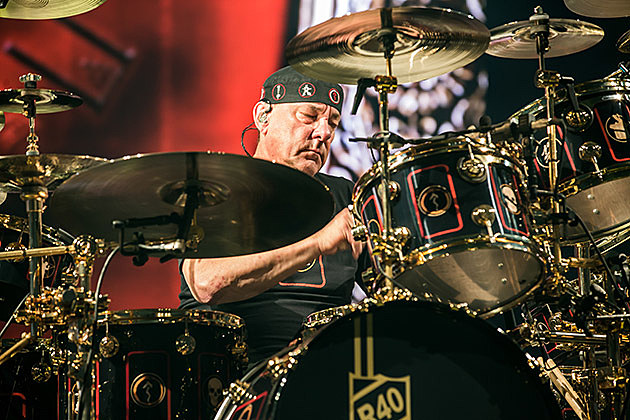 In a recent interview with Drumhead magazine, legendary drummer Neil Peart of Rush says that he considers himself retired from drumming.

Lately Olivia [ Neil's daughter] has been introducing me to new friends at school as 'My dad - he's a retired drummer.' True to say, funny to hear.

"And it does not pain me to realize that, like all athletes, there comes a time to... take yourself out of the game. I would rather set it aside then face the predicament described in our song 'Losing It' ['Sadder still to watch it die, than never to have known it'].

This is pretty surprising language, as Rush haven't announced anything (it's basically impossible to imagine them continuing on without Neil), although they have indicated that this most recent tour may have been their last.

We'll wait for more news on this, but in the meantime you can watch Neil playing the "Drum Solo of Life" in the Aqua Teen Hunger Force movie below.