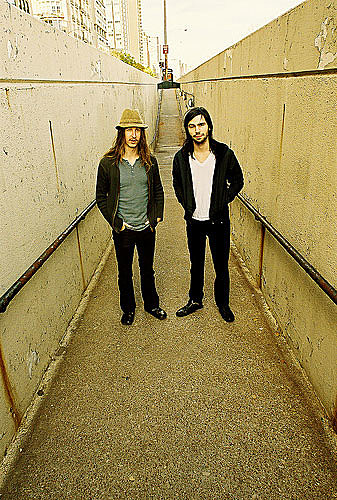 As mentioned by our fair compatriot Largehearted Boy, today marks the release of instru-metallers Russian Circles's Station on Suicide Squeeze. Mosey on over to Spinner and check it out. Me likey.

Russian Circles share a band member, ex-Botch-er and bassist Brian Cook, with These Arms Are Snakes who have announced a new album of their own. Slated for recording on May 9th and release on Oct 7th, the new album (the name is a secret) also has a new home....Suicide Squeeze! Chris Common, drummer of These Arms Are Snakes and producer of 2006's Easter (as well as Mouth Of The Architect's new one, and records by Minus the Bear) will run the boards.

Ryan Fredriksen (These Arms Are Snakes) has his own side project, Narrows, featuring the one and only Dave Verellen (ex-Botch) on throat but also boasting members of Unbroken and Some Girls. The band will release a 7" EP this month on Deathwish, followed by an LP due later this year.

Russian Circles are playing the MHOW with Daughters on June 29th. Tickets are on sale.