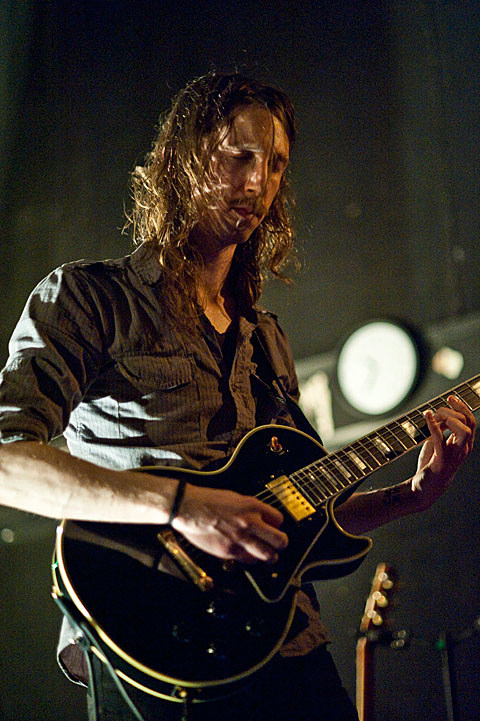 This is not an April Fools prank. BrooklynVegan and Invisible Oranges are proud to announce Russian Circles at Saint Vitus on April 1! Tickets are on sale. This announcement comes a few days after the band drew their tour with Coheed & Cambria/Between the Buried & Me to a close at Radio City Music Hall over the weekend (on March 16). Our friends at The Obelisk were there:

Generally speaking, I don't like big venues, big venue shows or big venue bands, but ...Russian Circles struck me as the one to catch.... Russian Circles emerged, their stage lit by two single lightbulbs on either side -- one in front of guitarist Mike Sullivan, one under the keyboard of bassist Brian Cook - and two floodlights behind drummer Dave Turncrantz...

Russian Circles only played four songs, but in that time gave a fair sampling of their catalog. From 2008′s Station came opener "Harper Lewis," followed by the title-track from 2009′s Geneva, which led into "Mlàdek," the gallop-happy highlight from 2011′s Empros, and from 2006′s debut, Enter, the closer "Death Rides a Horse."