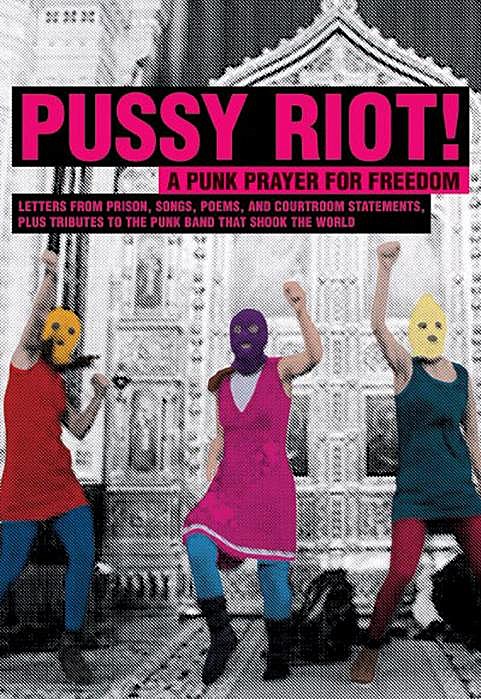 Prime Minister Dmitry Medvedev on Wednesday called for the early release of jailed members of the Pussy Riot punk band.

Speaking to United Russia activists in Penza, Medvedev said the jail time already served by the three band members was "a very, very serious punishment" and adding any more would be "counterproductive in this case," Interfax reported.

A Moscow court on Aug. 17 sentenced band members Nadezhda Tolokonnikova, Maria Alyokhina and Yekaterina Samutsevich to two years in jail for their February "punk prayer" in Christ the Savior Cathedral in which they denounced Putin and Patriarch Kirill.

The verdict against Pussy Riot will not go into force until the Moscow City Court rules on their appeal on Oct. 1.

Medvedev also made it clear that he was not prepared to support the band.

"I am sick over what they did, of their public appeal and the hysteria that surrounds them," he said.

So this is potential good news for the incarcerated members of Pussy Riot. We'll know in a couple weeks. Meanwhile, a collection of writings about the band have been collected in an e-book titled Pussy Riot! A Punk Prayer for Freedom (cover art above) to be published by The City University of New York's Feminist Press on September 21. Contributors include Yoko Ono, Johanna Fateman, Karen Finley, Justin Vivian Bond, Eileen Myles, and JD Samson.