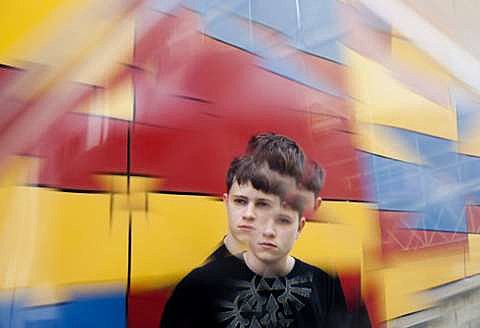 We've mentioned a few times that Scottish beatmaker Rustie, who released his great debut LP, Glass Swords, last year on Warp, will be in NYC to play Warm Up at MoMA PS1 on September 8 with Thom Yorke/Atoms for Peace (DJ set), Holy Other, Maria Minerva, and Justin Strauss (tickets). Now Rustie has revealed that the show is part of a short tour that Rustie will be on, which also includes a show at Webster Hall on September 7 for a Girls & Boys party with Flosstradamus and Brenmar. Tickets for that show are on sale now. All Rustie tour dates are listed below.

Rustie also recently teamed up with Aluna Francis, the vocalist of UK R&B duo AlunaGeorge (who put out the great You Know You Like It EP earlier this year) to give vocal treatment to the track "After Light" from his Glass Swords LP. The dubstep meets cool-R&B approach of the collaboration hits a similar spot that SBTRTK's vocal collabs do, and if Rustie continues in that direction he may end up as massive -- especially if there's enough demand for his Webster Hall show (you'll remember that his last NYC gig was at the much smaller Santos Party House). Rustie did a similar reworking of his album track "Surph" earlier this year, when Nightwave added vocals to the song.

Streams of the vocal-assisted versions of "After Light" and "Surph," and a list of all dates are below.