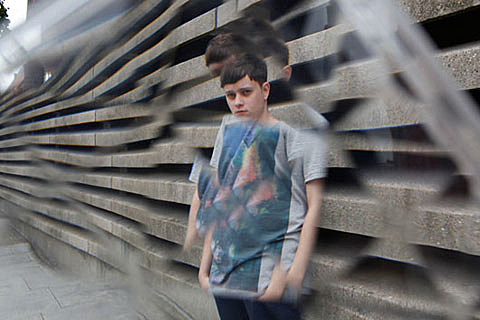 Scottish producer Rustie released his great debut LP, Glass Swords, last year via Warp. Rustie, like Warp labelmate Hudson Mohawke, is making some of the dancier music of the UK bass scene with tracks like "Hover Traps" that pull equally from dubstep and '90s dance music. Stream some tracks from the album, and Rustie's most recent output, an Essential Mix for BBC Radio 1, below.

Rustie has a few North American dates this month including a Shortcuts party at Santos Party House on May 15 (tomorrow) with SpaceGhostPurrp, Mess Kid and Kilo Kish. Tickets for the NYC show are on sale now. The flier for this show is below.

Speaking of Shortcuts parties, as mentioned, El-P is playing one to celebrate his album at Santos on 5/21 with Despot and many special guests. Tickets are still available.

All Rusie dates, streams, and flier below... 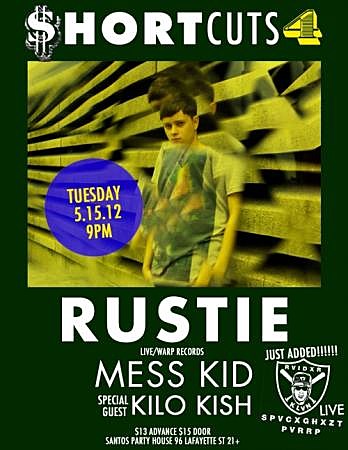