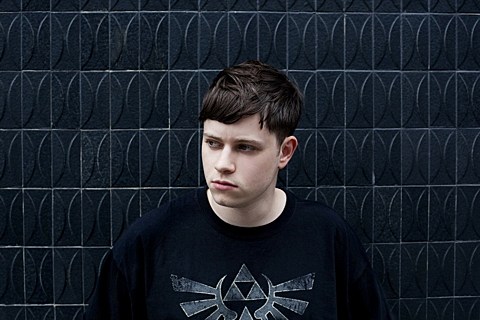 Glasgow producer Rustie, whose 2011 debut LP, Glass Swords, is one of the better melodic dance albums in recent memory, and whose 2013 single, "Triadzz" b/w "Slasher," is a very worthy successor, is coming over to North America for Pitchfork Music Festival in July, and while he's here, he'll be playing a few dates of his own too. One of those dates happens in NYC on July 24 at Output (74 Wythe Ave) with Oslo producer Cashmere Cat. Tickets for that show are on sale now.

In addition to Rustie's own material, he's also doing some production for the much-anticipated Danny Brown album. We haven't heard any of the recording they've done together yet, but Danny did debut a Rustie-produced track at Coachella.

All Rustie dates are listed, along with a stream of his newest single, and streams of Cashmere Cat's remixes of Miguel and Jeremih, below...