photo: RVIVR at Saint Vitus in 2014 (more by Amanda Hatfield) 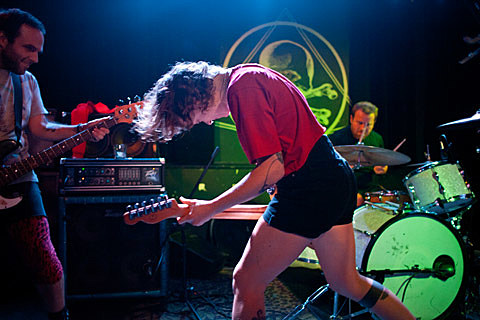 Two socially conscious punk bands, RVIVR and War on Women, are playing shows with Propagandhi again, coming to upstate NY and Portland, ME in June.

Right after those shows, RVIVR and War on Women will play a small Brooklyn show together at Palisades on June 21. Tickets for that show are on sale now.

War on Women released their new self-titled album this past February on Bridge Nine Records. They have other dates too, which are listed, along with the video for "Glass City" from that LP, a stream of Propagandhi's "Failed States" and the video for RVIVR's "Goodbyes," below...