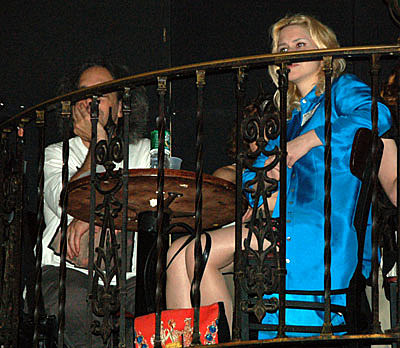 1) I'm sorry. I lied about posting the rest of the Ryan Adams Bowery pics the next day. I just kept procrastinating writing the review. I still didn't write it, but here are all the photos.

2) Nellie McKay was there. See above.

3) Ryan was also spotted at one of Nellie's Joe's Pub shows about a week earlier. Eatsdirt has nice photos (of Nellie, not Ryan).

5) The Modern Age says Ryan's girlfriend Jessica Joffe was at Bowery Ballroom too.