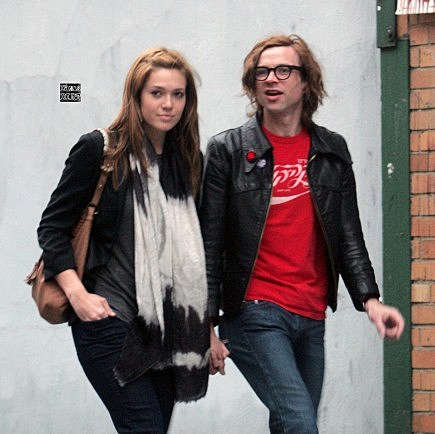 Adams has been performing "Hey There, Mrs. Lovely" live since 1999 but has never song committed the fan favorite to a studio record until now. The other six tracks on the EP are a sampling of love songs culled from Adams' impressive oeuvre: "Answering Bell" from 2001's Gold, "Desire" from 2002's Demolition, "Blossom" from 2005's Cold Roses, "Two" from 2007's Easy Tiger, "My Love For You Is Real" from the same year's Follow The Lights EP, and "Evergreen" from Ryan & the Cardinals' most recent album, Cardinology, released last fall.

Ryan Adams & The Cardinals are on tour for a month [possibly for the last time] beginning February 20.