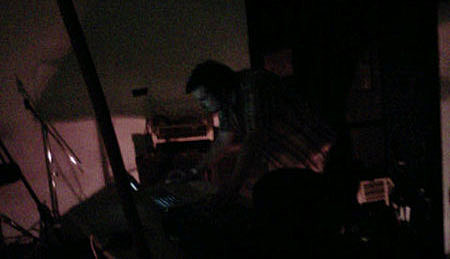 "Last night's afterparty for lo-fi pop punk phenom Wavves was over before it even really started. What was supposed to be an all-night hang-out at a D.I.Y. space in Bushwick marking the first night of this weekend's Northside Festival turned instead into a lot of freaked out standing around when somebody at the party threw a glass beer bottle at a police car, shattering its rear window and attracting a swarm of some 15 police officers to the scene.

With that, the Wavves afterparty at the all-ages warehouse space known as "Shea Stadium" was over, and everyone who had walked over to Bushwick from the Knitting Factory in Williamsburg having watched the scuzzy three-piece perform either bolted, dawdled, or took position inside the venue to wait for the police to finish their work." [Observer]

Another year, another Northside drama at Shea Stadium.