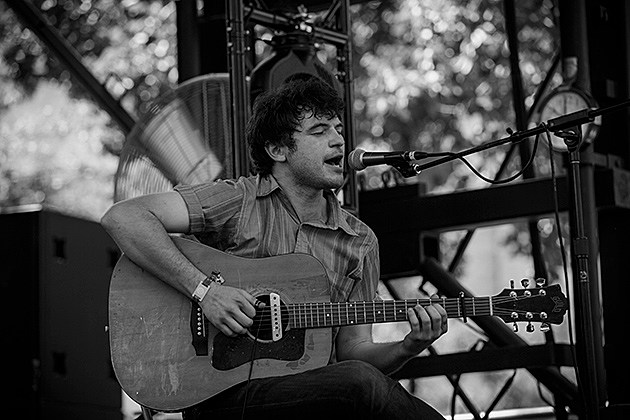 The prolific psychedelic folk singer Ryley Walker released his newest album Primrose Green (his first for Dead Oceans) earlier this year, and he's already back with a new standalone single. It's a collaboration with drummer Charles Rumback, and it's close to thirteen minutes of psychedelic, free-form jamming. Something you might expect from a guy who just took part in a Grateful Dead tribute. Ryley's a talented singer and songwriter, but he's an especially talented guitarist and he really lets his fretwork abilities shine here. Listen below.

Ryley is spending much of the next few months touring Europe, but he'll squeeze a NYC show in there too. He was added to the Tompkins Square Label 10th anniversary show happening October 9 at Rough Trade NYC with three '60s/'70s-era musicians: Michael Chapman, Peter Walker (no relation) and Bob Brown.Tickets for that show are still available.