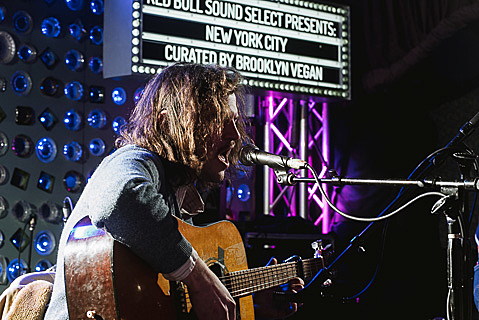 Ryley Walker's new album, Primrose Green, is out next month (3/31) on Dead Oceans and he's just shared "Sweet Satisfaction" from it. Opening with delicate finger picking, the song soon builds to a squall that matches the force of Walker's vocals. You can stream it and Primrose Green's title track, below.

Walker, who wowed the crowd at the BV-curated Red Bull Sound Selects show at Baby's All Right last month, will be back at Baby's on March 15 when his tour with Kevin Morby rolls through town. Zachary Cale and J.R. Bohannon are also on that bill, and tickets are still available. Ryley's added dates since our last post and all are listed below.
--- 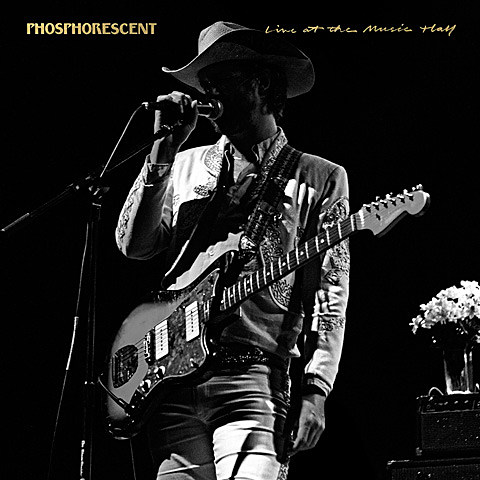 In other Dead Oceans folk singer news, Phosphorescent just released Live at The Music Hall which was recorded during his four-night stand at Music Hall of Williamsburg in December 2013. Armed with his six-piece band and a string section, the 90-minute recording (with an additional five songs on the triple-disc vinyl) sounds great and you can stream the whole thing via Rdio below.

And if you missed it, Dead Oceans folk singer The Tallest Man on Earth put out a new song yesterday.

PHOSPHORESCENT - 'LIVE AT THE MUSIC HALL' tracklist:
Sun Arise! (An Invocation/An Introduction) (Live)
A New Anhedonia (Live)
Terror In The Canyons (The Wounded Master) (Live)
The Quotidian Beasts (Live)
Tell Me Baby (Have You Had Enough) (Live)
Nothing Was Stolen (Love Me Foolishly) (Live)
Dead Heart (Live)
Down To Go (Live)
Song For Zula (Live)
Ride On/Right On (Live)
A Picture Of Our Torn Up Praise (Solo, Live)
Muchacho's Tune (Solo, Live)
Wolves (Solo, Live)
Joe Tex, These Taming Blues (Live)
Los Angeles (Live)
A Picture Of Our Torn Up Praise (Live)
South (Of America) (Live)
Wolves (Live)
At Death, A Proclamation (Live)