Ryley Walker at MHOW in April (more by Amanda Hatfield) 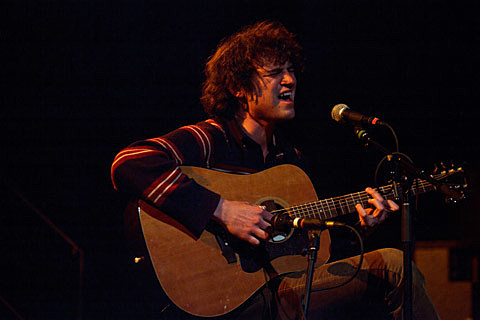 Psych folk singer Ryley Walker won us over when he came to NYC earlier this year to open for Cloud Nothings. Not only are his guitar skills impeccable, but he's super funny between songs and got the whole crowd loving him. He's back for CMJ this week and has a few shows scheduled:

The two day shows are both free and tickets are on sale now for the Rough Trade show.

Ryley put out his newest album, All Kinds of You, earlier this year. Stream that in its entirety along with a just-released cover he did of Amen Dunes (who play their own CMJ show at Trans Pecos on on 10/24), with his full list of tour dates, below...