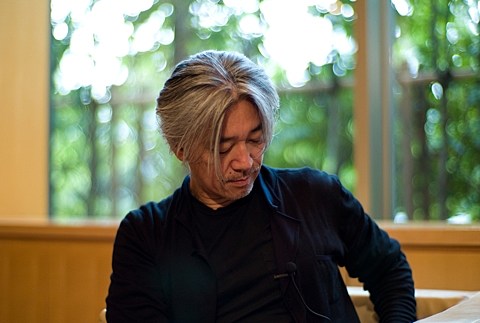 In the end of June, I was diagnosed with throat cancer. After much though and consideration, I have decided to take time off of work in order to concentrate on treating it. I deeply regret causing so many people considerable inconvenience. However, the first wealth is health, and hence this biter decision.

I will not able to attend the fast approaching First Sapporo International Art Festival 2014, a project that I have spent the past two painstaking years in preparation for. I would like to express my sincerest apologies to Fumio Ueda, the Mayor of Sapporo, the citizens of the city, the managerial staff, contributing artists, and everyone who has helped realized this project. Although I will be absent, all of the programs will be of highest quality -- this I promise. I would like nothing more than for everyone to enjoy the festival in my place.

Furthermore, I had planned a performance on July 30th commemorating Park Hyatt Tokyo's 20th anniversary. I was looking forward to attending the anniversary along with all of the guests, and to present new material written for this occasion. Therefore, it deeply upsets me to have to cancel this concert during a time of celebration. I would like express my deepest apologies to those involved in putting this together, and to those who planned to attend the concert.

Lastly, I would like to apologize for all of the burden I will undoubtedly be casting upon everyone who has been working with me on various other projects.

Please bare with me while I regain my health. I promise to return after a full recovery. Thank you very much.

The upsetting above message was posted by Japanese composer Ryuichi Sakamoto to his website, explaining his recent diagnosis of throat cancer. Ryuichi was a member of the Yellow Magic Orchestra, who proved to be highly influential on many styles of electronic music. He's also scored many films, and has collaborated with David Byrne, Thomas Dolby, Iggy Pop, Arto Lindsay, Laurie Anderson, and countless others.

Watch some videos of him, below...