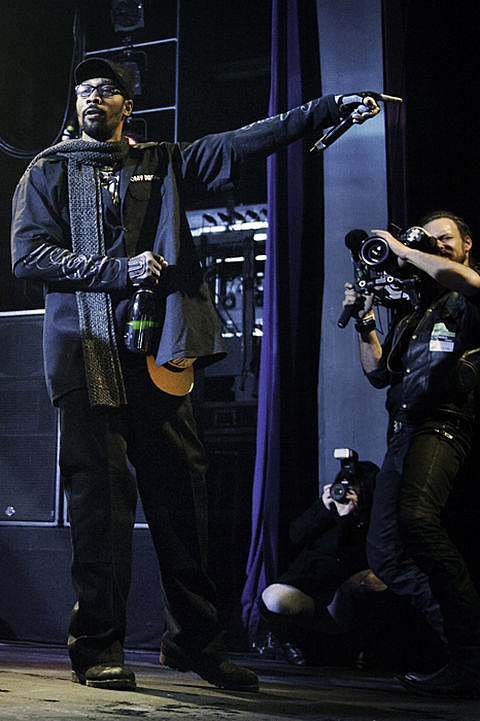 RZA is taking a bold move of fighting back against a copyright infringement lawsuit, filing a lawsuit of his own against JVC Kenwood Holdings, which includes Teichiku Entertainment:

RZA (born Robert Diggs) is upset that the record label Island Def Jam has withheld more than $50,000 in royalties based on the claims that one of Teichiku's sound recordings was illicitly used on Kanye West's 2010 song, "Dark Fantasy," which RZA produced.

As a result, RZA is going to court to get a declaration that "Dark Fantasy" is not an infringement... According to the latest lawsuit, RZA was notified that "Dark Fantasy" contained an unauthorized sample from "Gincyo Watadori" performed by Meiko Kaji. The defendant demanded compensation.

What happened next, according to RZA's court papers, was that West's label Island Def Jam refused to pay royalties, claiming "that it is entitled to indemnification from plaintiff against defendant's copyright infringement claim."

So RZA is going to court against the accuser in an attempt to show the sampling allegation has no merit. -[Hollywood Reporter]

Follow that? RZA seeks to "commence declaratory relief actions to squash some of these claims and, perhaps, recover our costs of defending" with the lawsuit, which is one of several in the works.