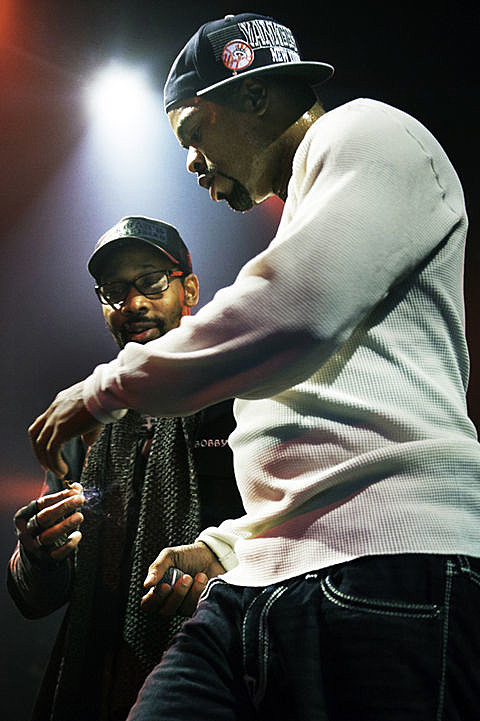 Warning, the following post will attempt to use every single alias for Robert Fitzgerald Diggs, also known as The RZA

Ruler Zig-Zag-Zig Allah (#1) is ready to prove that he has Iron Fists as a filmmaker, but also doesn't want you to forget that he is still wields the Iron Mic. Bob Digi (#2) will play Music Hall of Williamsburg on October 3 as part of the burgeoning Iron Fists tour, a set of US dates that so far involve shows in Chicago, Baltimore and Texas. All dates featuring The Abbott (#3) are still trickling in as we speak, but you can get your tickets to MHoW when they go on sale Thursday (9/20) at noon. Full tour schedule for Prince Rakeem (#4) is still on the way.

The RZARectah (#5) is also welcoming the soundtrack for The Man with the Iron Fists (in theaters Nov. 2) that he directed/produced/starred in, and you can stream a track from that movie below alongside a list of all known Bobby Steel (#6) tour dates.