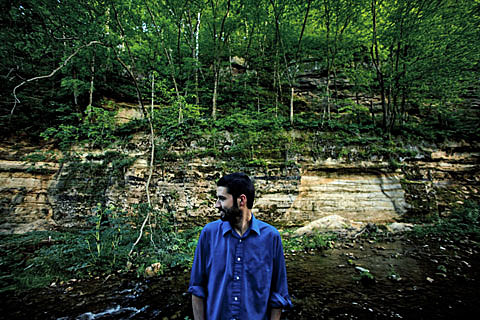 Fans of Bon Iver won't be disappointed with the new album by Bon Iver member S. Carey. I've been listening to the album, entitled "All We Grow" (out 8/24 on Jagjaguwar), all morning so thought I'd share the fact that "In the Dirt" is now a free download. Grab it above. Catch S. Carey on tour with The Tallest Man on Earth in September. Tickets are still on sale for the show at Webster Hall. 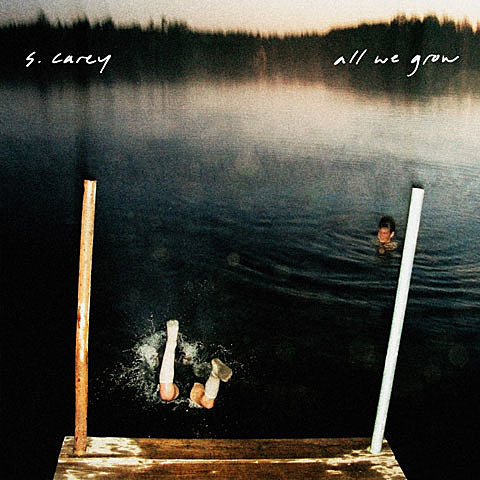 "The debut album from S. Carey, All We Grow, is the result of a young lifetime spent immersed in music. As a band member of Bon Iver from the very beginning, Sean Carey witnessed a flip of his formal training to step firmly into a worldwide-touring rock band. His performance degree in classical percussion from the University of Wisconsin - Eau Claire and his love for jazz drumming prepared him for a central role in the inspiring force of the Bon Iver live show.

All We Grow is a convergence of Carey's Waltz For Debby-era Bill Evans inflected jazz tendencies, and traditional rock band experience, taking leads from Mark Hollis' Talk Talk. It also retests the waters of modern classical composition, investigating the moodiness generated by percussive repetition in a manner familiar to fans of Steve Reich. In his downtime on tour with Bon Iver, Sean would spend time pining for his soul-mate's arms, and in that context, dreaming and composing. During infrequent tour breaks at home he would patiently record these pieces, adding layers each time. Two years later, the parts converged to make an album.

For as much room to breathe as Carey allows his compositions, there are incredibly dynamic moments of bombast held right next to moments of subtle depth and texture. Engineered by Jaime Hansen and Brian Joseph, intermittently at home and at April Base (Justin Vernon's studio outside Eau Claire), All We Grow is an all-encompassing headphone experience as intimate as chamber music and as ambitious as a symphony.

While many are familiar with the cabin mythology of Bon Iver, the story behind Sean joining the band is equally kismet. After hearing through mutual friends that Justin was looking to put together a band, he spent two weeks in his bedroom listening to For Emma, Forever Ago on Myspace, dissecting and learning the drum and vocal parts so well that Justin invited him to join the band upon Sean's approach.

All We Grow is a classic album born without expectation and met with adoration - a cathartic result of Carey's extraordinary and vibrant life experiences that resonates loss, dreams and heart in a manner so instantly relatable, you feel as though you can touch it."[Jagjaguwar]

SONG LIST:
Move
We Fell
In the Dirt
Rothko Fields
Mothers
Action
In the Stream
All We Grow
Broken