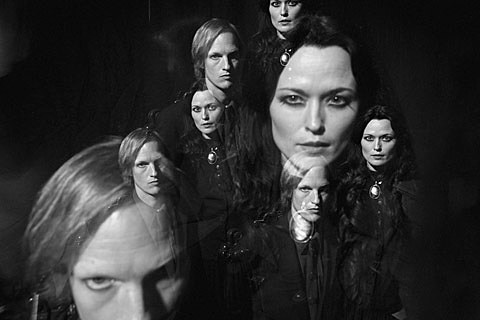 The occult courses through the veins of Sabbath Assembly. New member Jamie Myers, responsible for some of the haunting parts from Wolves in the Throne Room's Diadem of 12 Stars and Hammers of Misfortune's The Locust Years, provides vocals that are both inviting and help  cement the eerie early-Black Sabbath-ian tone created by drummer/co-producer Dave "Christian" Nuss. The band's dark odes are melodic yet nothing less than creepy in the best way... the kind that sends shivers down your spine.

Ye Are Gods is the second LP of (anti) religious hymns from this US band, and features appearances from Genesis P-Orridge, Eyvind Kang and Imaad Wasif, and Timothy Wyllie, an original member of the Process Church of the Final Judgment. Why Wyllie? Sabbath Assembly again delves into the dark late-60s religious movement that inspired the Restored to One LP as well as the band's namesake. Says the band:

Ye Are Gods incorporates the ritual text and structure of the Process Church's highest and holiest mass, the "Sabbath Assembly" liturgy from which the band is named.

Stream a pair of new songs from Sabbath Assembly below, including the freshly dropped "Exit," alongside a video for "In the time of Abaddon II". Look for Ye Are God via Svart/Ajna on September 21.

Sabbath Assembly - In the time of Abaddon II