The Men at Bowery Ballroom in March (more by David Andrako) 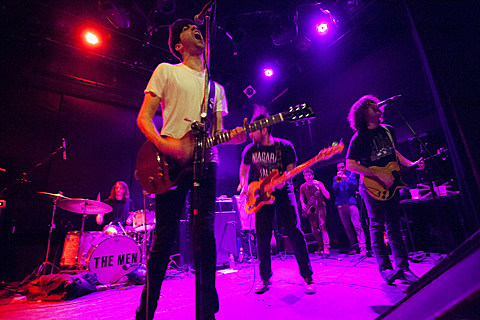 We just told you about a bunch of Record Store Day releases that we're excited for, and here's one more that should be pretty great. Sacred Bones is releasing the third installment of their Todo Muere series, and this one features tracks from The Men, Moon Duo, a Psychic Ills remix of Follakzoid, Jozef Van Wissem & Jim Jarmusch, Zola Jesus, The Holydrug Couple, Wymond Miles, and Case Studies. Check out the album art and stream The Men's contribution, "B Minor," a track from their New Moon sessions, below.

The Men are on tour now and will be back in NYC for a Northside Festival show on June 14 at Warsaw with the Greg Ginn/Ron Reyes incarnation of Black Flag, Ginn's other project Good For You, and Netherlands (sold out). They're also playing 4Knots Festival at the South Street Seaport on June 29, though that lineup has not been announced in full yet. Stay tuned.

Jozef Van Wissem and Jim Jarmusch also have a NYC show coming up which happens at Mercury Lounge on May 7 with drone guitar great Noveller. Tickets for that show go on sale today (4/12) at noon. It's Jozef & Jim's only US date before heading overseas for Primavera Sound and other shows.

All Jozef Van Wissem and The Men dates are listed, along with The Men song stream, below... 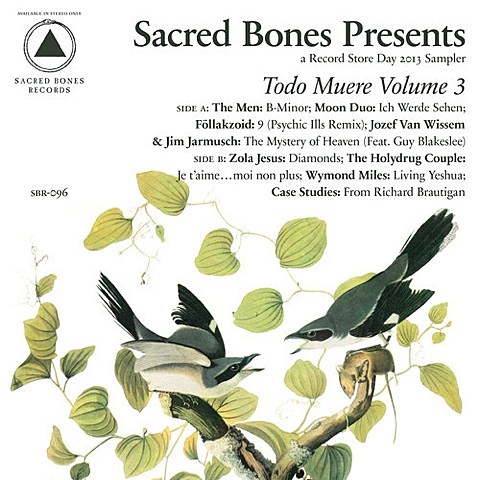