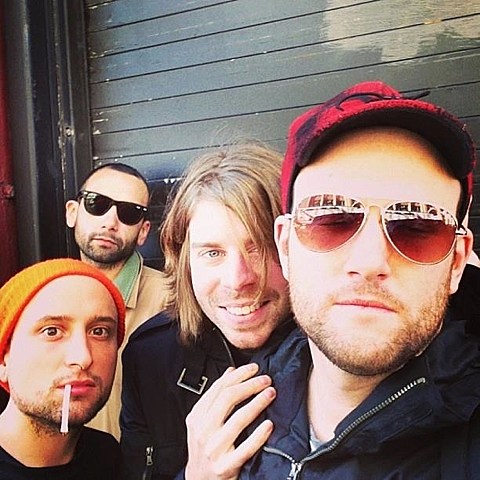 Philly's Sad Actor played a few of the West Coast dates on the ongoing Whirr tour, and they've since been added to the NYC and Philly dates of Whirr's run with Cloakroom happening this month. Sad Actor's newest EP, FEEL, came out back in June and it's a great match for Whirr and Cloakroom, falling somewhere between the latter's sludgy slowcore and the former's heavy shoegaze. Download the EP (name your price) at bandcamp and stream it in full below. Video for the title track below too.

The NYC date of the tour, happening Tuesday (9/16) at The Studio at Webster Hall, also includes local post-rock/post-metal soarers Sannhet, making for a great bill all around. Tickets for the NYC show are still available. Sannhet also play the first of two Virus shows at Saint Vitus (10/24) with Krallice and Couch Slut. Tickets for that show are still available too. If you've yet to hear it, stream Sannhet's great 2013 EP, Lions Eye, below.

We've already heard "Mumble" and "Heavy" from the new Whirr album, Sway (due 9/23 via Graveface), and they since released a third single, "Lines." Stream that below. Cloakroom's upcoming double LP has been delayed until early 2015, but they have (or maybe had by the time they get to NYC) a 7" of a new song "Lossed Out" (limited to 65 copies) with them on tour. A stream of their 2013 debut, with the list of dates and all the other streams, below.