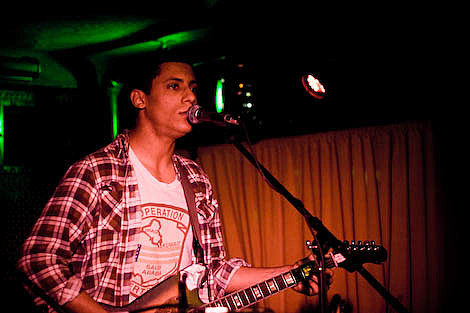 Miles Benjamin Anthony Robinson's Summer of Fear, the follow-up to his 2008 self-titled debut, is set for an October 20th release on Saddle Creek. The label, which recently signed the songwriter, tells the TVotR/Grizzly Bear-littered story of the new record...

TV on the Radio's Kyp Malone--a close friend since the pair met en route to a Grizzly Bear show in 2005--helped bottle Robinson's bruised hymns last winter, ramping up the tension in such standout tracks as "Death by Dust," "Summer of Fear pt. 2," "The Sound," and the 11-and-a-half draining minutes of "More Than a Mess," a haunting epic that deserves its own short film. (Or more than half of Side D; Summer of Fear is spread across two LPs like one of Robinson's favorite records, Tusk.) Since they both "have a tendency toward a generally and hilariously doom stricken worldview," Malone also understood what Robinson was going for with his redemption songs. After all, he was there that summer. He saw it all go down, and now that he's heard the whole thing told through Summer of Fear's relentless and raw tone poems, he can't wait to see what Robinson comes up with next. (Robinson is desperate to record his third record--yes, already. Written last year in the midst of touring to support his unexpected self-titled debut, he describes the disc as containing,"actual songs...as opposed to vaguely melodic litanies of grievance.")

Robinson recently made a video for the song "Woodfriend," which is posted below.

October 20th will be a big day for Saddle Creek (home of Tokyo Police Club, Cursive and Land of Talk). It's also the release date for the latest by new signees Old Canes. The record, Feral Harmonic, is the Lawrence, KS band's second.

Old Canes architect Chris Crisci (also known as half of Appleseed Cast) constructed Feral Harmonic largely alone in his basement studio. He played the majority of the instrumentation himself with additional help from a cast of musician friends contributing various parts, including trumpet, harmophone, cello, and hammer dulcimer, among other instruments. As recording was regularly interrupted by touring, work, other projects, and life in general, production on the album took nearly three and a half years to complete.

Tracklist and album art are below.

The label will also be dropping a new album from Orenda Fink (Azure Ray, Art In Manila, O+S), titled Ask The Night, on October 6th.

Ask The Night was primarily recorded live to 8-track by Stephen Bartolomei (Mal Madrigal) in Orenda's former Omaha, NE, basement (she is now based in Los Angeles, CA), as well as by Andy LeMaster (Now It's Overhead; production on Bright Eyes, Conor Oberst and the Mystic Valley Band, Azure Ray) in his Athens, GA, living room.

The album features a wide variety of players and singers, including producers Stephen Bartolomei and Andy LeMaster, Isaac Brock (Modest Mouse), Dan McCarthy (McCarthy Trenching), and Adrianne Verhoeven (Dri, The Anniversary, Art In Manila), among others. Four songs on Ask The Night are collaborations with Birmingham, AL-based artist and poet Chris Lawson...

Lawson also provided the album's art, which, with the tracklist, is below.

The Rural Alberta Advantage's previously-self-released debut came out on Saddle Creek on July 7th. The band was featured on ABC's Amplified on August 17th, and they have shows coming up. Those include the Positive Jam with the Hold Steady in Ithaca on September 6th, and a show at the Bowery Ballroom on October 7th. Tickets for that go on sale Friday, August 21st at noon.

UUVVWWZ also released an album on Saddle Creek on July 7th, and they'll also be in NYC in October (for CMJ). In fact, they'll be playing what looks like an extremely sick bill at Union Pool on October 24th with An Albatross, Dark Meat, Lovvers, Flexions, ZzZ, and JEFF The Brotherhood.

For a taste of what Saddle Creek has been up to over the past year (before any of the new bands mentioned above), check out the free sampler they're giving away on Amazon. All upcoming TRAA and UUVVWWZ tour dates, and above-mentioned things, are below... 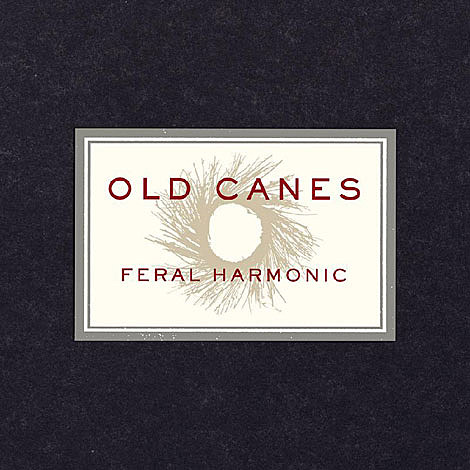 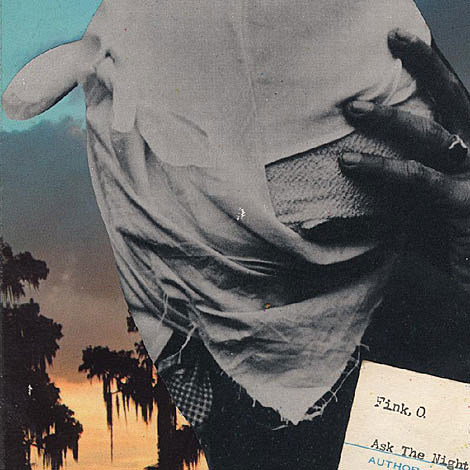