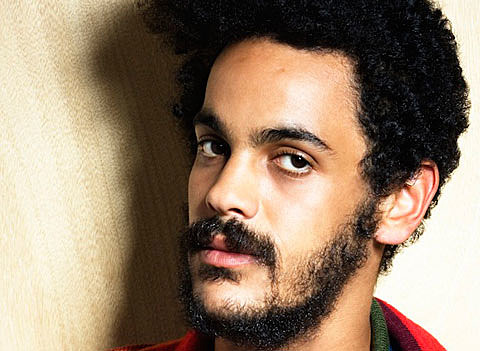 When Chris Edley (aka CF Edley) isn't directing music videos (his credits include MGMT's "Time To Pretend" and "Electric Feel" and Saul Williams' "Convict Colony"), he records and produces music under the moniker SAFE. He put out a self titled EP in March of 2010, which was only available physically as a cassette, but you can download the entire thing for free at his bandcamp. The EP was produced by Jeffrey Brodsky (aka Jeffrey Jerusalem) of YACHT's live band.

His songs take shape from synth lines and drum loops but SAFE doesn't really operate as an electronic project. His songwriting approach puts the emphasis more on his lyrics and chord patterns than the synthetic sounds he uses to convey them. An LP is due out sometime in the future, though little information has surfaced about that. In the meantime, familiarize yourself with the EP and the non-album track, "Carolina," that was released soon after. You can grab MP3s of that track and "Holy Mess" from the EP above.

SAFE has a coule upcoming shows including the Helsing Junction Sleepover in Rochester, WA with The Hive Dwellers, Brainstorm, Tender Forever, and many more. He's also got a NYC show on August 29 at Cameo Gallery with Gem Club, and Evi Antonio. UPDATE: He also plays August 27at Union Pool as part of "The Weekly Revue" variety show.

Gem Club also play Glasslands on September 30 with Youth Lagoon and Gardens & Villa. Tickets for that show are still available.