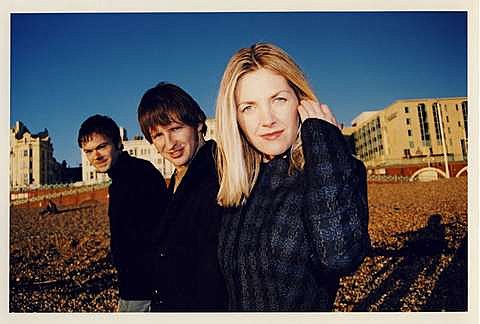 Saint Etienne's Words and Music is my current contender for Favorite Album of 2012, a joyous, danceable love letter to pop music that is easily the band's best outing since 1997's In Good Humor. The record is out now in the U.S. and if you haven't experienced its many charms yet, the whole thing is streaming on Spotify.

While all dates haven't been announced yet, Saint Etienne will cross the Atlantic for a nine-city North American tour in October -- their first since 2006 -- including a stop in NYC at Webster Hall on October 26. Tickets for that show go on AmEx presale Wednesday, September 5 at noon with regular on-sale happening Friday (9/7) at noon.

Videos for singles "Tonight" and "I've Got Your Music," along with a list of all known tour dates are below...

Saint Etienne - "I've Got Your Music"