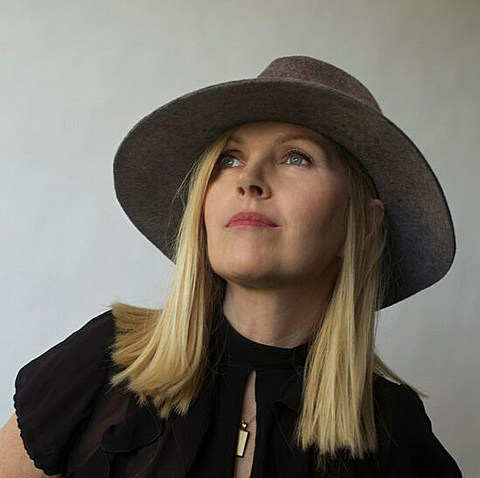 Saint Etienne singer Sarah Cracknell is set to release Red Kite on June 15 via Cherry Red. It's only her second-ever solo record, and first since 1997's Lipslide. Here, she trades her band's dancepop for pastoral folk and baroque pop. Anyone who follows the band closely knows this is still within their orbit of influences, and a few songs on the album fit nicely up next to Saint Etienne's 1998 album, In Good Humour. The album features a duet with Nicky Wire of Manic Street Preachers and we've got the premiere of "Take the Silver," a country-ish number that features folk duo The Rails. Says Sarah:

I wrote this song with my friend Robin Bennett, it's one of those songs that just has a life of it's own and chose it's own direction. I felt that the chorus needed a little magic so got in touch with James and kami from The Rails and they didn't disappoint. I sent them the track and we met up in a studio in London where they sprinkled it with fairy dust.

You can stream "Take the Silver" and another song off Red Kite below.

Sarah was nice enough to answer a few other questions for us via email, including more about Red Kite, her upcoming UK solo tour (dates listed below) and what Saint Etienne are up to. Read more below...

'Red Kite' is pretty different, sonically, from anything you've done before. What inspired this direction, and the desire to make your first solo album since 'Lipslide'?

Red Kite has been inspired mainly by my surroundings, I live in leafy Oxfordshire which I love. I wanted to make an album with lots of space in it, lots of space to sing.

Apart from not working with Bob and Pete, how does the songwriting process differ here than with Saint Etienne?

Some of the songwriting was done in a very similar way to Saint Etienne but most of the songs were written with just a guitar or piano to start with. We do this with Saint Etienne sometimes but not that often.

While the record is different, to anyone who follows Saint Etienne more closely, Red Kite still makes sense. The song we're premiering, "Take Silver," is pretty different, with '70s country influences. What can you tell us about that song?

I wrote this song with my friend Robin Bennett. It's one of those songs that just has a life of its own and chose its own direction. I felt that the chorus needed a little magic so got in touch with James and Kami from The Rails and they didn't disappoint. I sent them the track and we met up in a studio in London where they sprinkled it with fairy dust.

How did you hook up with The Rails who guest on "Take the Silver"?

I've known James Walbourne for quite a while, he's even played guitar on tour with Saint Etienne. I first met Kami when we managed to persuade them both to come and play at a folk night we were helping to put on in a barn in the village where I live. They started playing and singing in my kitchen and it sounded amazing!

You're doing a short UK solo tour around the release of Red Kite. What is it like playing in setting that wasn't Saint Etienne? Who is in your band? Will there be any more touring?

My band on the Red Kite tour is made up of three members of Colorama and the Bennett brothers from the group Dreaming Spires. They're all people I know very well so I feel like I'm in safe hands. It's a short tour, only five dates in fairly intimate venues. I'll be playing some more dates later in the year plus a couple of festivals this summer.

I have discovered so much music I know I would've never heard of by being a Saint Etienne fan. Are you still finding things from the past that are new to you, that you get excited about? Any recent discoveries? Any current music you're into?

I'm always being played things from the past that are amazing and that I haven't heard before, that's what happens when you're in a band with Bob and Pete! At the moment I'm enjoying listening to Jane Weaver's The Silver Globe.

One of my favorite songs on Saint Etienne's Words & Music was "Popular" about going on message boards tracking down old pop singles. Do you still do that?

That's not one of my pastimes, but definitely Bob's.

And one question about the band: what's Saint Etienne up to? I know you did some live accompaniment to 'How We Used To Live' (which I missed when it screened in NYC recently). Might we see official vinyl represses of the catalog at some point?

There will be a lot of upcoming vinyl releases of the catalog, love a bit of vinyl! Also, we're talking about recording a new album next year so watch this space. 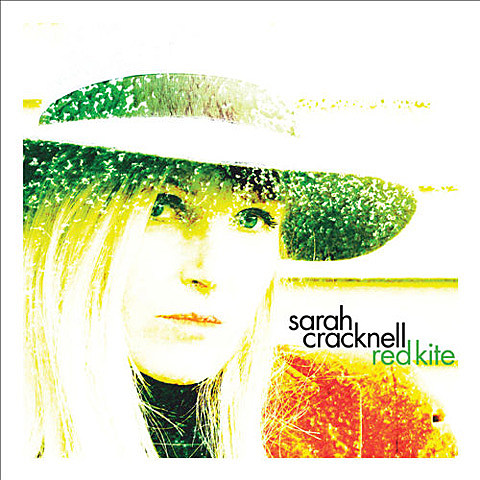 Sarah Cracknell - Red Kite tracklist:
On The Swings
Nothing Left To Talk About (featuring Nicky Wire)
In The Dark
Ragdoll
Underneath The Stars
Hearts Are For Breaking
Take The Silver (featuring The Rails)
The Mutineer
I Close My Eyes
It's Never Too Late
I Am Not Your Enemy
Favourite Chair