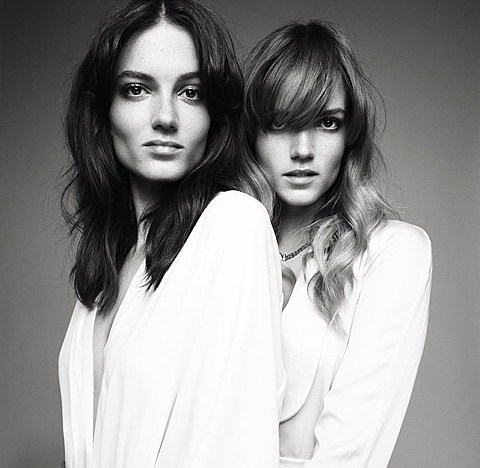 Swedish/Australian twin duo Saint Lou Lou were set to go on a US tour with Urban Cone which would hit NYC on January 24 at Mercury Lounge and January 25 at Glasslands. The tour is still happening, but unfortunately Saint Lou Lou have had to drop of of all the dates. They write, "Dear Americanos: We have been forced to postpone our US tour in January due to visa issues. We are sad but will present new dates soon! xo."

On a lighter note, the band have been replaced on both NYC shows with some pretty solid local bands. The Mercury Lounge show (1/24) is now with Ski Lodge (tickets) and the Glassland show (1/25) is now with Heavenly Beat (ex-Beach Fossils), plus WIM is also on that bill (tickets).

For Heavenly Beat, the Glasslands show is one of two shows they'll be playing in NYC this January, including another show at Mercury Lounge on January 19 with Domino-signed Night Moves. TIckets for that show are on sale now. The show is part of a tour that Night Moves will be on, and all dates on that tour are listed below.