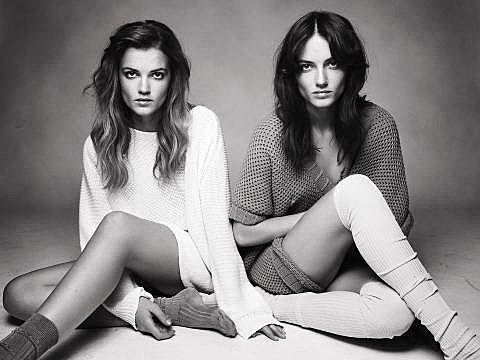 Swedish/Australian twins Saint Lou Lou (whose father is Steve Kilby of Aussie greats The Church) have been making internet rounds with their single, "Maybe You," which came out earlier this year via Kitsune and has garnered some pretty great remixes by CFCF, Montauk, and Lauer. They sound a bit like more relaxed Purity Ring, and share their knack of translating dream pop to a spectrum of recent electronic trends, with deep bass and effected vocals. You can watch the video for the track and listen to its remixes below. A full length album is planned for 2013.

Saint Lou Lou are on tour in Europe now and they'll make their way to the US in January for shows in NYC and California with Stockholm electropop band Urban Cone. While they're here, they'll play Mercury Lounge on January 24 and Glasslands on January 25. Tickets for the Mercury Lounge show and the Glasslands show are on sale now.

A list of all dates, streams, and video below.