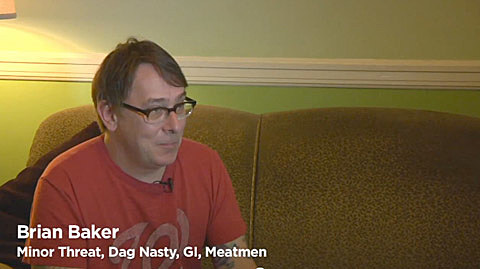 "Salad Days: The HarDCore Punk Revolution" will be the most comprehensive, honest and insightful look at the DC punk scene from the early 1980s to the decade's end. The film will include exclusive archival photographs, concert footage and interviews with dozens of bands, artists, label owners, zine publishers and others who helped mold and nurture DC's underground community during this inspired decade of music.

Featuring appearances from names like Ian Mackaye, Henry Rollins, Dave Grohl, Alec Mackaye, and more, the documentary is scheduled for a 2013 release. Check out a pair of teasers from the movie below and look out for it next year.

In related news, as discussed Bad Brains: Band in DC, a documentary that details the band's roots in the DC hardcore scene and beyond, played at SXSW last week. So far, no plans to screen it in NYC but you can catch the band at one of two now-sold-out NYC shows.

The Irving Plaza show will ALSO feature an appearance from DC's Scream who played a show at Knitting Factory in 2010.